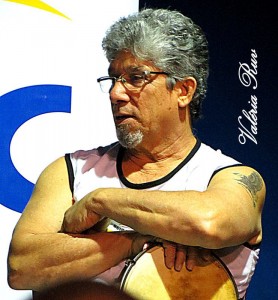 Mestre Tarzan is a highly-respected Master of Capoeira. He has over thirty-five (35) years of experience in Capoeira and has founded two Capoeira schools (Associação Desportiva e Cultural de Capoeira Beira Mar), with current enrollment of over 200 students, in Aracatuba and Campinas, Brazil.

Mestre Tarzan has been recognized as a leading Master of Capoeira in his native country, of Brazil, as well as throughout the world. His direct lineage goes from Mestre Medicina to Mestre Suassuna all the way back to Mestre Bimba.

He visits the United States whenever possible in order to share his experience and knowledge of Capoeira.

Additional information about Mestre Tarzan can be found here: http://www.capoeirabeiramar.com.br/mestre-tarzan 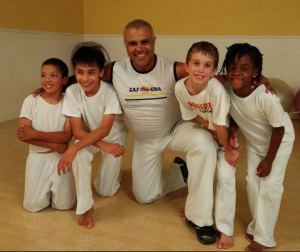 Bundo is the United States representative for Beira-Mar Capoeira and is currently located in Jacksonville, FL.  He began training Capoeira in 1984. Over the years he had to move to many places, many times, and while in Brazil he took this as a great opportunity to train under some very famous Mestres (including M. Canhão, M. Gladson, M. Burguês, M. Paulo Gomes and M. Ananias).

Contra-Mestre Bundo travels across the globe, as much as possible, in order to spread his teachings and share his experiences with those who wish to learn. 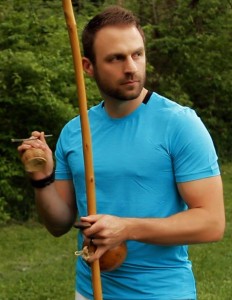 Perna has competed and coached in a variety of martial arts tournaments, including the USTU Olympics and three years of international competition in Europe – as part of the America National Team. He was inducted into The Universal Martial Arts Hall of Fame in 2004, Eastern USA International Martial Arts Association in 2003, USA International Black Belt Hall of Fame in 2004, awarded the Spirit Award (15yrs+ dedication to the martial arts) from Action Martial Arts Magazine in 2005 and is still a member in good standing with the Korean and American Heuk Choo Kwan Association, Associação Desportiva e Cultural de Capoeira Beira Mar and the United States Judo Association.

Perna began training Capoeira in 1999 under Reco (a student of Mestre Cobra Mansa), and eventually began teaching Capoeira for Eastern Kentucky University Exercise & Sports Science Department. He later began training under Contra-Mestre Bundo and was welcomed into Beira-Mar in 2005. He continues to be under the guidance of CM Bundo and Mestre Tarzan. He has now adopted Capoeira as his primary and most beloved martial art and has helped to establish a Capoeira community in Kentucky (Louisville, Lexington, Richmond) and Colorado (Granby, CO – Mountain Beast MMA). 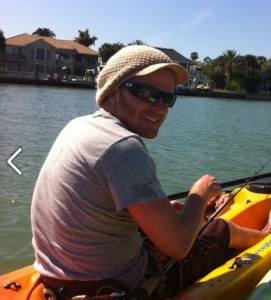 Awaiting bio…Capitão Caverna (Carter Peyton) has over 25 years of experience as a competitive gymnast, break dancer, and capoeirista.    Although his formative years were spent training gymnastics and breakdancing, Capitão started Capoeira in 2000 with Capoeira Brasil under Instrutor Aladin.  In 2004, he joined Contra-Mestre Bundo and Beira Mar Capoeira in Jacksonville, Florida.  Throughout his capoeira development,  Capitão has trained with multiple groups with various styles from around the world (USA, Tanzania, Japan, and South Korea).  Today,  he continues to train under the guidance of CM Bundo and Mestre Tarzan.

Over the past 8 years, Capitão has taught Capoeira for Beira Mar at the University of North Florida, TNT Gymnastics in Jacksonville Florida, and  Crossfit Prison MMA Gym in South Korea.  He is currently teaching Capoeira at KAIST (Korea Advanced Institute of Science and Technology) in Daejeon, South Korea where he works as an English Professor. 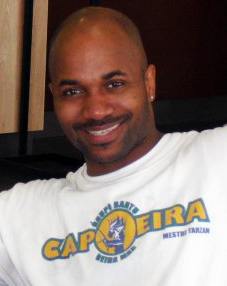 Gafanhoto (Stan Marshall) has over 30 years of martial arts experience. He currently leads the Kentucky Beira-Mar Capoeira groups and instructs in Louisville, KY. He also actively practices Kali and Jeet Kune Do. He is a seasoned Mixed Martial Arts and weapons trainer.

He began training Angola Capoeira in 1996 with Reco (a student of Mestre Cobra Mansa), and eventually began teaching Capoeira at a studio in Richmond, KY. He later began training under Perna de Pau and was welcomed into Beira-Mar in 2007.

Gafanhoto is a member in good standing with the Associação Desportiva e Cultural de Capoeira Beira Mar. He continues to be under the guidance and instruction of Perna de Pau, CM Bundo and Mestre Tarzan. 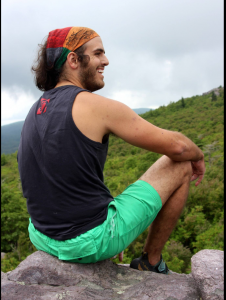 Jaco (Jacob Woosley) has over 15 years of martial arts experience. He currently leads the Richmond, KY Capoeira Classes and actively practices Hapkido and Kali. He began officially training Capoeira under Perna de Pau at Eastern Kentucky University in 2006 and began teaching at EKU in 2016. He now leads classes at EKU.

He is a member in good standing with the Korean and American Heuk Choo Kwan Hapkido Association and Associação Desportiva e Cultural de Capoeira Beira Mar. He continues to be under the guidance and instruction of Perna de Pau, CM Bundo and Mestre Tarzan.

Please bear with us while the site is being updated!

Please note: While the links below are affiliated with our group, the sites are external from this one.